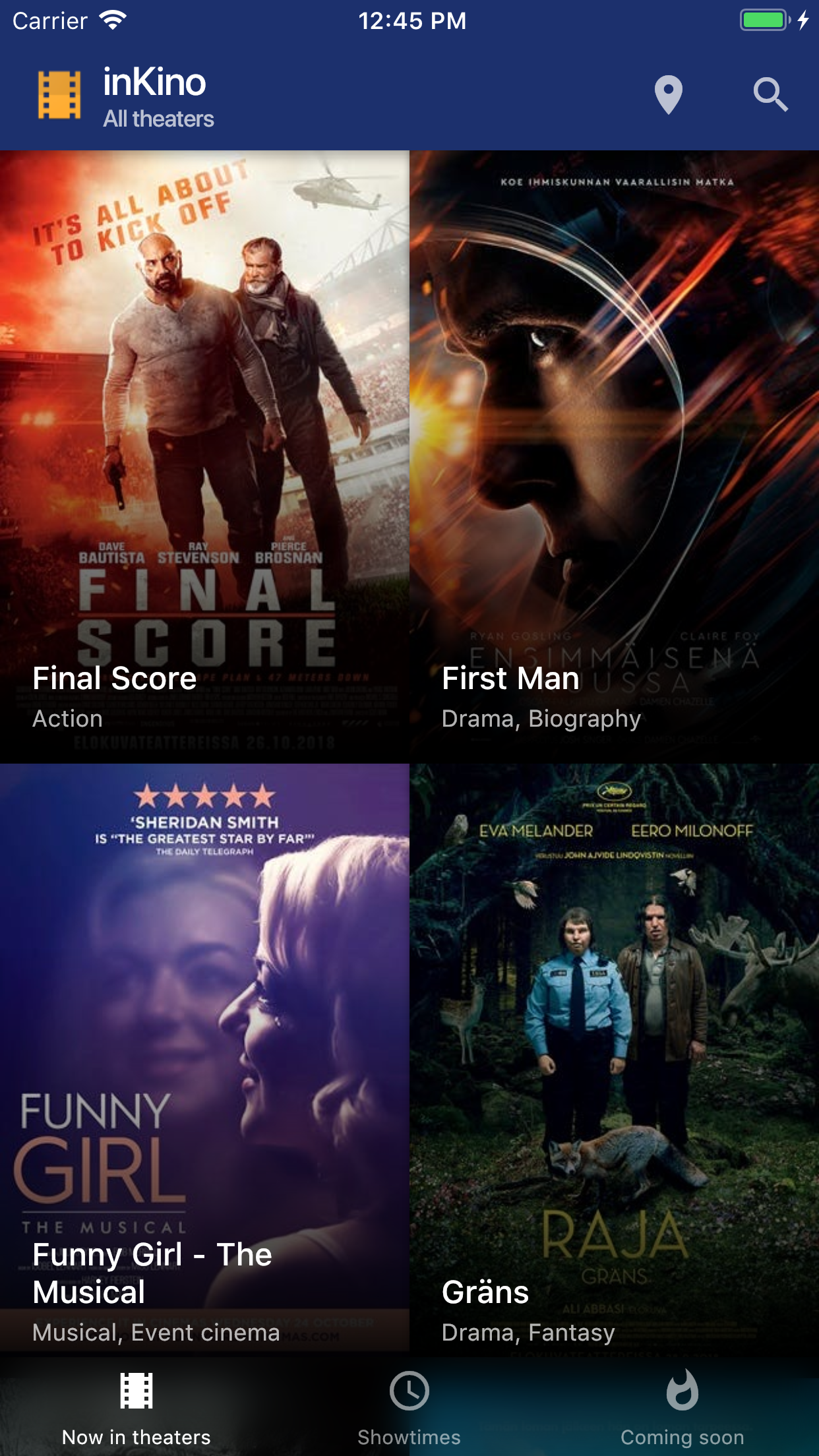 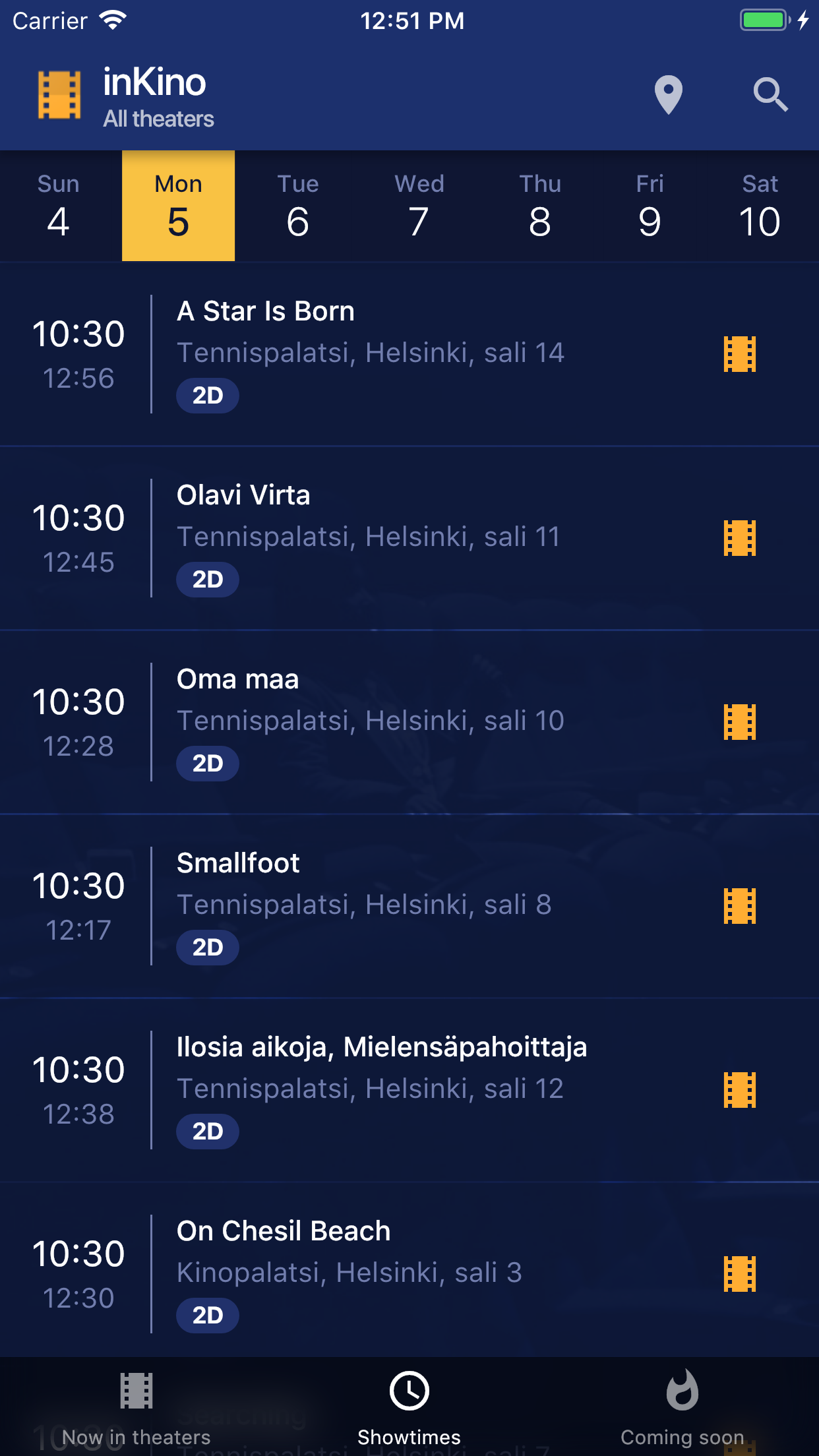 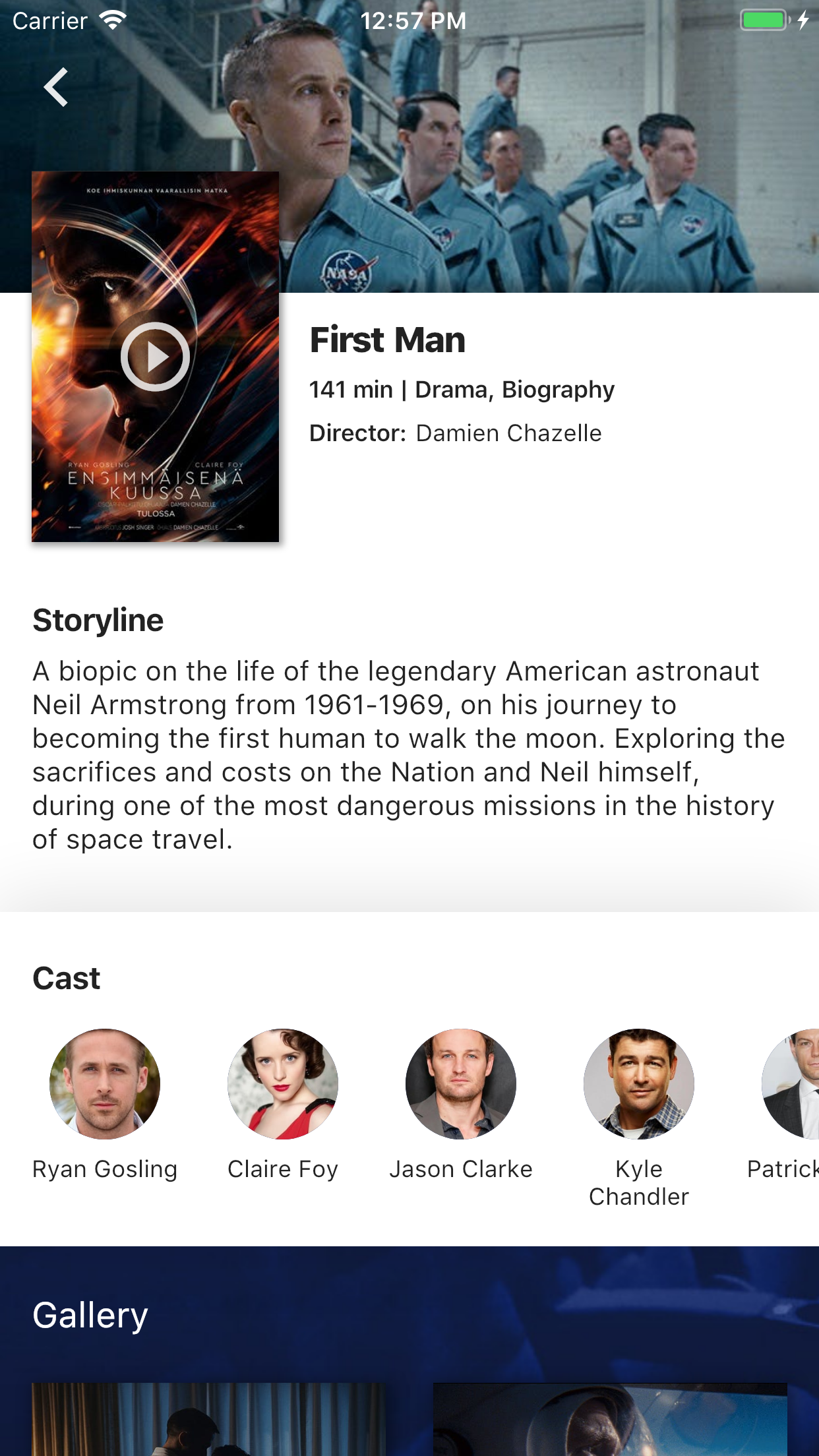 inKino is a multiplatform Dart app for browsing movies and showtimes for Finnkino cinemas.

InKino showcases Redux, has an extensive set of automated tests and 40% code sharing between Flutter and web.
The Android & iOS apps are made with a single Flutter codebase. The progressive web app is made with AngularDart.
This project is generally something that I believe is a good example of a multiplatform Dart project.

I plan on doing a full article series on multiplatform Dart stuff, so you might want to check out my blog and subscribe to it.

There’s three different folders. Each of them is a Dart project.

To work on these projects, open each one of them in an editor of your choice.

For example, if you want to do a new feature and you do it for the Flutter project first, you’d open both core and mobile in separate editor windows.
To clarify, you’d do File -> Open... for core and then File -> Open... again for mobile.

Finally, if you haven’t already, install Flutter.
And the Flutter plugin for your IDE.
At the time of being, inKino is built with Flutter 1.0.

If you don’t like IDEs, you can apparently use Emacs or Vim too.

You don’t need a TMDB API key, but the actor images won’t load without it.

If you try to build the project straight away, you’ll get an error complaining that a tmdb_config.dart file is missing.
To resolve that, run this on your terminal in the project root:

First, ensure that you followed the "Development environment setup" section above.

Contributions are welcome!
However, if it’s going to be a major change, please create an issue first.
Before starting to work on something, please comment on a specific issue and say you’d like to work on it.

Special thanks to Olli Haataja for the design.

Additional thanks for the initial release go to Thibaud Colas, Brian Egan, Alessandro Aime and Juho Rautioaho for giving their extra pair of eyes for reviewing the source code.